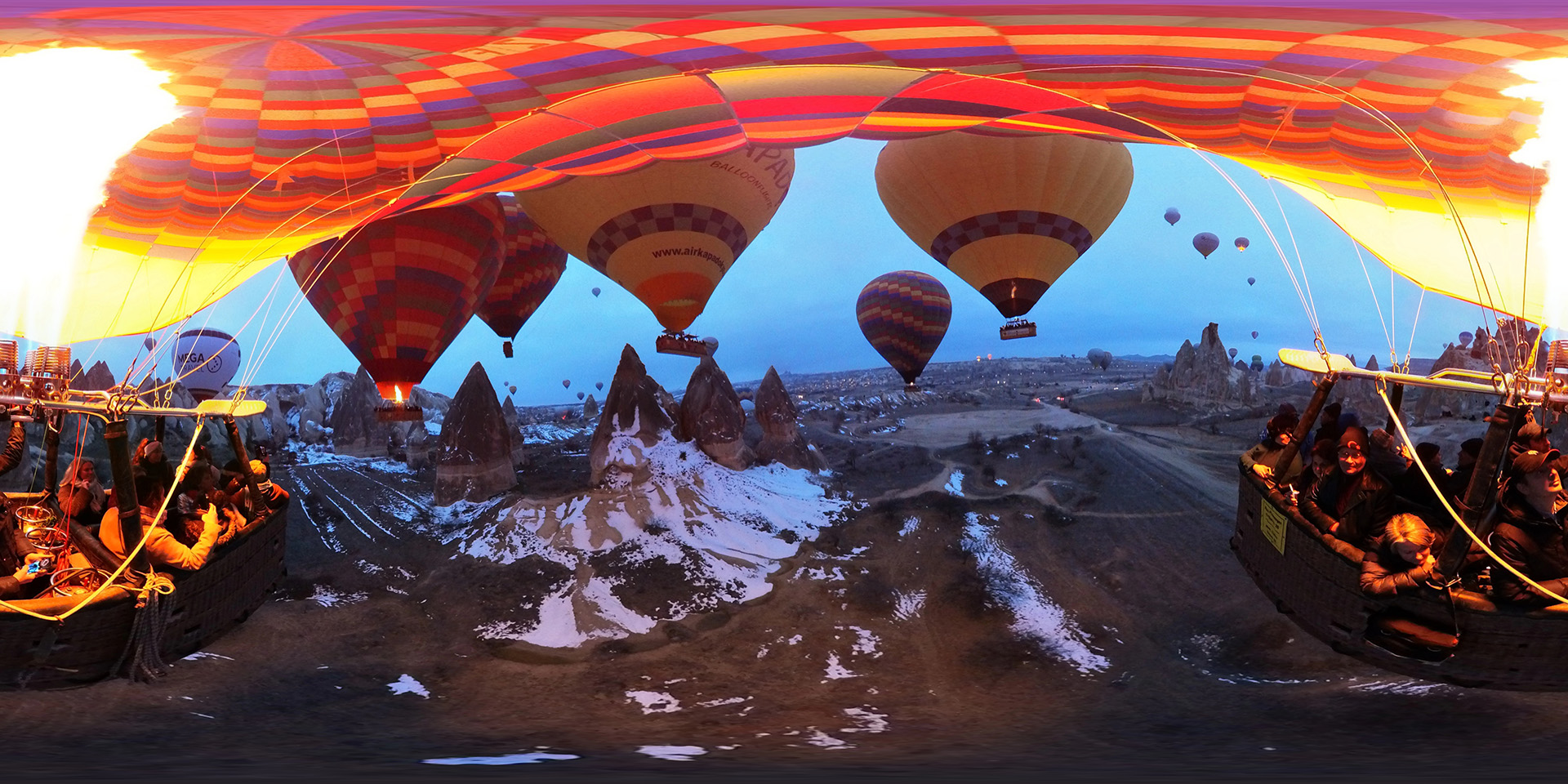 Arrive in Istanbul and transit connection to Cappadocia. Transfer to the hotel Dinner & O/N.

Breakfast at the hotel & start full day sightseeing, visit to Devrent Valley to see the unique fairy-chimneys. Drive to Pasabagi (Monk’s Valley) to see the most interesting mushroom-shaped pinnacles. Drive to Avanos which is known for the pottery, a craft dating back to the Hittite period. The red clay which is worked by local craftsmen comes from the residue in the Kizilirmak river, the longest river of Turkey. In the afternoon, visit Goreme Open Air Museum (Dark Church is excluded; entrance requires additional admission fee) to visit the churches where the remains of rock-cut churches and Christian settlements date back hundreds of years. Various panoramic viewpoints of castles and fairy chimneys such as Esentepe for Goreme valley, Uchisar and its castle, Pigeon Valley. Then to Kaymakli (or Ozkonak) Underground City, the place where early Christians hid from persecutors. Returning to the hotel. Dinner & O/N. Approximate Driver Duration: 09 hrs

Today’s ride will be fairly long and tiring due to the long distance between Cappadocia and Pamukkale and lack of convenient lodging location. On the way visit to the 13th century Seljukian masterpiece Sultanhan Caravanserai and arrival in Konya. Visit to the Mausoleum of Mevlana, the world-wide famous mystic figure. Then continue on to Pamukkale, dinner & overnight at the hotel.

After breakfast c/out from the hotel & tour the ruins of Hierapolis including the magnificently preserved cemetery “Necropolis”, the Main Street and Gates, the Thermal Baths, the Roman Theatre. In the afternoon tour Aphrodisias, the city of Aphrodite; visit the Museum, the Temple of Aphrodite, the Theatre, the Stadium, the Agora, the Hadrian Baths, the Odeon, and the Bishop’s Palace. Proceed to the hotel in Kusadasi for overnight. Average Pick-up time: 08:15-08:45

Morning tour to Ephesus area with Ephesus Antique City, impressive structures we will see include the Library of Celsus, Temple of Hadrian, Theatre and Odeon. (Hillside Houses are excluded; entrance requires additional admission fee), one of the most popular ancient sites of Turkey with many acres of carefully excavated ruins;

We also visit the House of the Virgin Mary and Church of St. John. Time for shopping. Overnight in Kusadasi.

Early breakfast & departure for Bergama and visit to the Asclepion with the well preserved remains. In the afternoon, continue on to Troy, the place where the legendary Trojan War took place as described in the historical work of Homer of Smyrna. After visiting the site with nine inhabitation levels covering a period of 3000 years, drive to Canakkale for overnight. Average Pick-up time: 07:30-08:00 Approximate Tour Duration: 08 hrs (400 kms)

After breakfast sail to the other side of Dardanelles by a ferryboat and drive to Istanbul with visit to Gallipoli, historically famous for being the site of many battles – particularly involving the Allied Forces including Australians and New Zealanders during World War I. Arrive in Istanbul late afternoon and transfer to the hotel O/N

We begin our tour of the Sultanahmet district, the heart of old Istanbul, at Saint Sophia. Built by Emperor Justinian in the 6th century AD, this church is one of the marvels of world architecture. Its massive dome dominates the skyline of old Istanbul. It is famed for its mosaics, including glittering portraits of emperors and empresses. Next we visit the Blue Mosque, which owes its name to the exquisite tiles adorning its interior.

Dating from the 17th century, it is the only imperial mosque with six minarets. The Hippodrome, the stadium of ancient Byzantium, held 100,000 spectators and featured objects from all corners of the empire. Of these, an Egyptian obelisk and a bronze sculpture of three entwined serpents from Delphi survive.

Afternoon; we begin our tour at Topkapi Palace, which, from the 15th to the 19th century, was the principle residence of the Ottoman Sultans. We will visit the fabolous Imperial Treasury and the Baghdad Kiosk. Topkapi Palace is now a museum and has unrivalled collections of jewelery, including the Spoonmaker’s Diamond, the 3rd largest in the world, Ottoman court costumes and ceramics, notably one of the world’s finest collection of early Chinese ceramics, much of it gifts from other rulers. Interestingly, some of the ceramics have a special glaze that was said to change color in the presence of poison.

We also visit the Imperial Armory, displaying centuries of Ottoman weaponry. But perhaps the loveliest features of Topkapi Palace are its courtyards with their ancient trees, and it is easy to imagine the sultan strolling here far from the cares of state and empire.

The last stop, Grand Bazaar, was the commercial heart of the old city and its 4,000 shops are full of treasures – including carpets and kilims, silks, jewelry, ceramics, icons, and leather goods. Wandering through the Grand Bazaar, indulge in some shopping, Ottoman style

After Breakfast; transfer to the airport

Entrance fees mentioned on the program

Breakfast Local and International Foods, at the hotel, Hot Buffet

Lunch Local Foods at the outside restaurants , Buffet or Set Menu

Dinner Local and International Foods, at the hotel, Hot Buffet

Drinks are NOT included