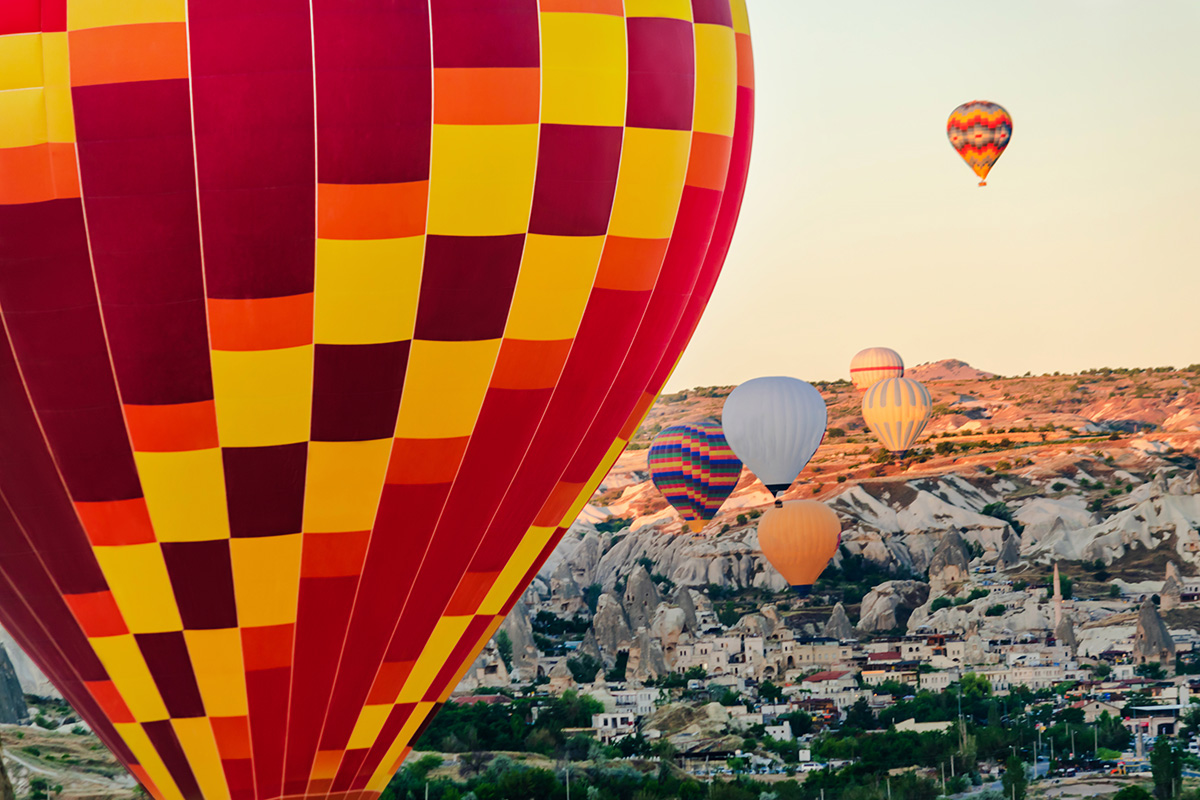 Depart from your hotel to visit Devrent Valley to see the unigue fairy-chimneys. Drive to Pasabag (Monk’s Valley) to see the most interesting mushroom-shaped pinnacles. Drive to the city of Avanos. In the afternoon visit another beautiful open air museum at Goreme where the remains of rock-cut churches and Christian settlements date back hundreds of years. Lastly, before returning to your hotel, visit the natural castles at Uchisar.”

Depart from your hotel to visit Red valley,and explore the famous rock- cut churches and hike 5 km through the Güllüdere valley. Then visit Cavusin village. This village is famous for the houses and churches of the christian clegymen. After lunch drive to the pigeon valley. In the afternoon visit Kaymaklð Underground city. Where early christians lived in fear and faith.”

STANDART  FLIGHTS / EARLY IN THE MORNING

We pick you up from your hotel and take you to the launch area in Kaya Balloons comfortable minivans; you can have a cup of tea or coffee and light snacks while our crew is getting the balloons ready for flight, you get into the basket and the pilot gives you information about flight safety. After the landing there is a champagne celebration and you get a flight certificate

OPTIONAL: It is possible to buy the video made during the flight.

Standard flight is the most popular flight programme

In the evening before dinner (between 18:00 – 19:00), we pick you up from your hotel by our coach and assistant through old city area. Program consist only Sufi Whirling Dervishes performance, meaning of tolerance, forgiveness, and enlightenment. The Mevlevi Order was founded by Mevlana Rumi in the 13th century. The ritual of the Mevlevi sect, known as the “sema”, is a serious religious ritual. They believed that during the whirling, the soul was released from earthly ties, and able to freely and jubilantly commune with the divine. Dervish literally means “doorway” and is thought to be an entrance from this material world to the spiritual, heavenly world.