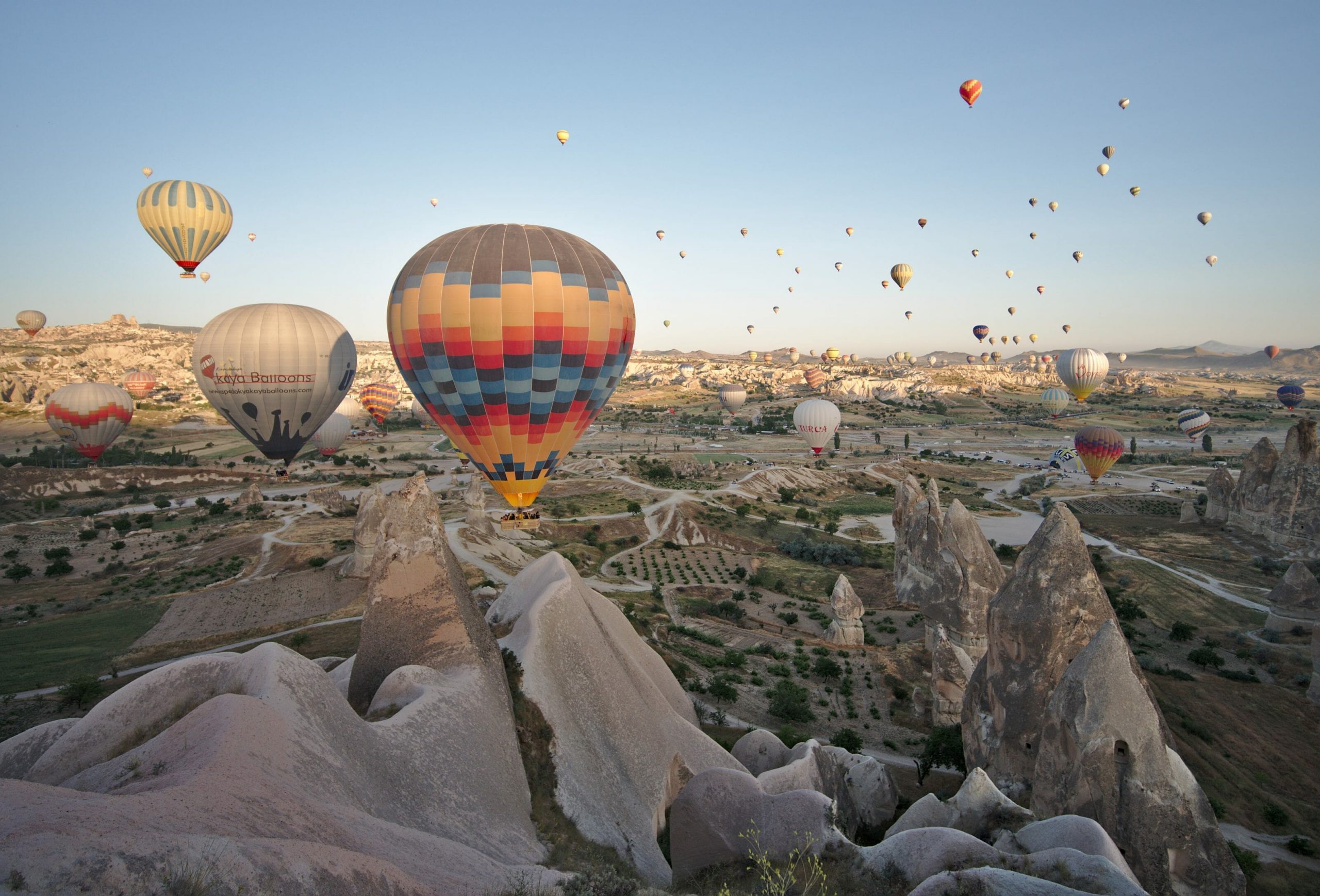 Day 1 – İstanbul
Welcome to Istanbul! You will be transferred to your hotel and the remainder of the day is yours, free to explore.
Overnight Istanbul. Momento Hotel (4 stars) (Breakfast)

Day 4 – Troy, Acropolis of Pergamum
This morning, step back in time as we visit Troy, home of the famed Trojan Horse and then tour the magnificent acropolis of Pergamum. Its impressive temples and library made Pergamum a renowned cultural and political centre in its time.
Overnight Kuşadası. Marina Hotel (4 stars) (Breakfast, Dinner)

Day 5 – Ephesus, Kuşadası
Absorb yourself in history today with a guided tour of Ephesus and a visit to the site of the Temple of Artemis. Feel the mystical atmosphere of the ancient city and theatre before continuing to the former Greek village of Sirince, famous for its fruit wines. Carpet weaving has long traditions in Turkey and at the carpet village we learn how the carpets are made by hand and what determines their value.
Overnight Kuşadası. Marina Hotel (4 stars) (Breakfast, Dinner)

Day 6 – Pamukkale
This morning we will enjoy a display of locally handcrafted leather goods before heading to the magnificent white calcium terraces, known as Travertines, in Pamukkale where we also tour the ancient city of Hierapolis. Take a dip, amongst ancient columns, in the hot springs that were used in Roman times for their therapeutic powers.
Overnight Kuşadası. Marina Hotel (4 stars) (Breakfast, Dinner)

Day 8 – Northern Cappadocia
Today our first stop is Esentepe, followed by a visit to Uchisar Castle. We then trek through Rose Valley to Cavusin, where we stop for lunch and learn about hand-made pottery. Afterwards, we visit the Pasabag Fairy Chimneys, followed by Devrent Valley and Urgup Winery to taste the delicious vines of Cappadocia.
Overnight Cappadocia. MDC Hotel (Boutique Cave) (Breakfast)

Day 9 – Southern Cappadocia
This morning, we head to Pigeon Valley and then Red Valley. After visiting the village of Cavusin, Cave churches and head to Kaymakli Underground City, the biggest in the region.
Overnight Cappadocia. MDC Hotel (Boutique Cave) (Breakfast)

Day 10 – Cappadocia to Istanbul
After breakfast you will be transferred to the airport for your flight to Istanbul, arriving at approximately 10:30 am, and our tour concludes.

Please Note
This tour ends with a flight from Cappadocia to Istanbul, arriving at approximately 10:30 am on the last day. Domestic flight times may vary due to various circumstances
You will need your passport during check in on domestic flights.

Tour does not include: